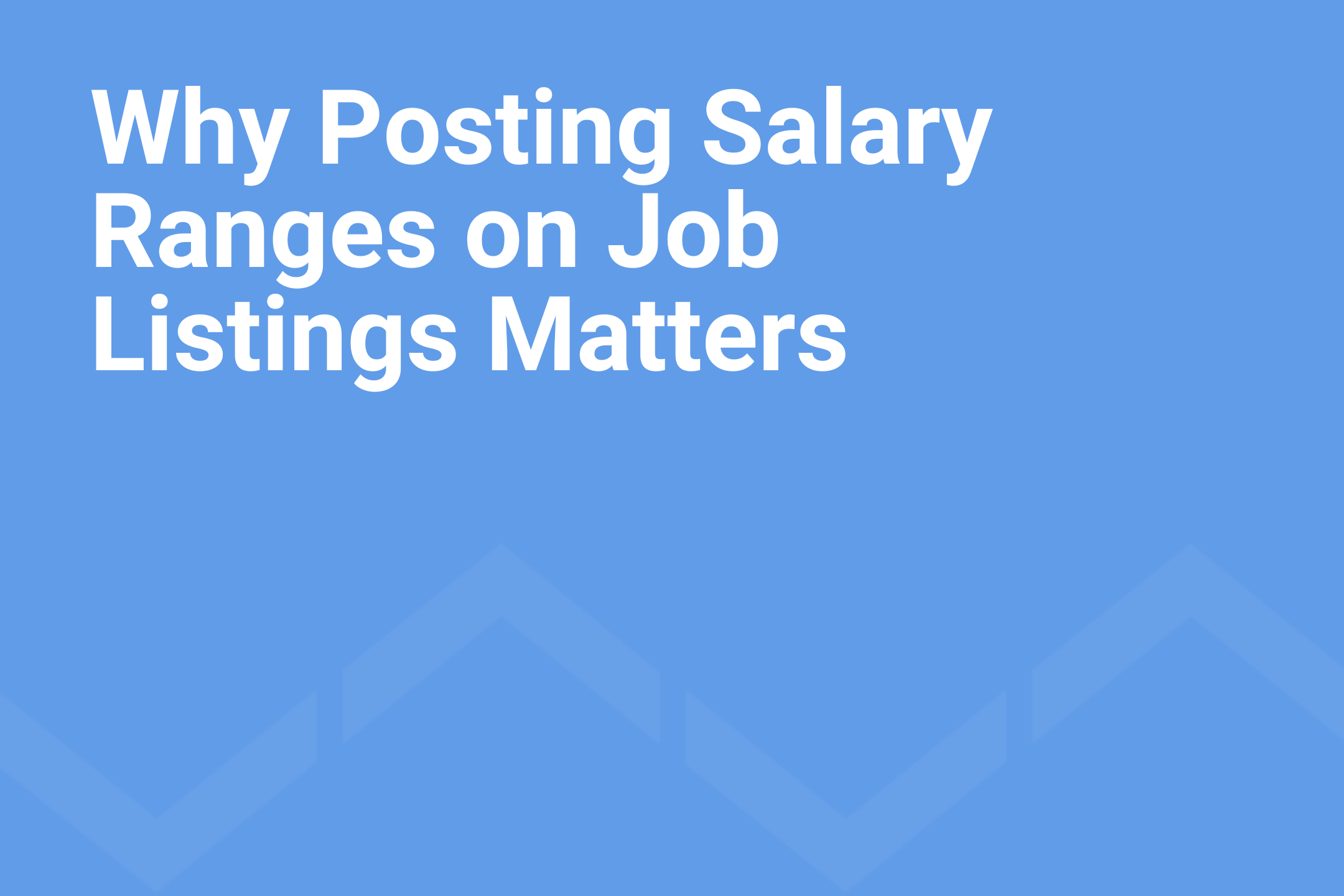 You’re likely familiar with the phrase pay range unavailable, salary information is not available at this moment.

Fear no more, Californians. Your state has passed legislation stating that all employers hiring must post salaries on job listings. The bill also states that companies with 100+ members of staff will need to show their median gender and racial pay gaps, too. This isn’t just a big deal for job seekers – it’s a big deal for those currently employed.

Big influential companies will be affected by these changes, with the likes of Apple, Meta and Google all headquartered in the sunshine state. We’ve defined a few key points for companies and candidates alike, outlining why posting salary ranges on job listings is essential in 2022.

Salaries can often differ by location, with employees receiving alternate benefits or incentives depending on where they live. For example, UK candidates tend to be paid less than their US counterparts, which we covered last month in Why Are British Salaries So Low?

Regardless of where you’re based, you expect to be paid for your time, right? Wage theft is real and you might not have even noticed it, taking place in the withholding of time, money or benefits. This is no small  matter, with an estimated $15 billion lost from workers annually. When salaries are listed, candidates can take a good look at the working hours versus salary offered and establish early on if any overtime will be compensated. If the corporation expects employees to work over their set hours, it’s worth negotiating that the extra time will be taken back from alternate days. Listing salaries is key in cementing expectations of work done to work paid for, helping productivity levels and all around wellness in the office, too. Being open and honest will ultimately mean that your workplace is happier and healthier, building trust in a team that they’ll want to stay a part of.

Employers showing what they pay their staff at an executive level could even improve your likelihood to want to progress in the company – or hinder it. By advertising an upfront wage, candidates are less likely to feel undersold, or indeed attempt to negotiate unrealistic salaries. Candidates can take a look into the hiring patterns of organizations, see what kind of wage they might be offered in the future and consider if that’s something they’re interested in.

It’s crucial for candidates to calculate if they can afford to do the job at hand, too.  Let’s say that the candidate has been through three interviews and received a job offer, but it’s not at the figure expected. Time has been taken away from their job hunt and from their elusive free time. It’s also worth considering if the proposed salary would be an appropriate grade rise.

Greg Lewis, Content Marketing Manager at LinkedIn reports that 61% of candidates state that compensation is the biggest factor in a job description. If it’s at the same level as the candidate’s current job, they’re highly unlikely to even apply. In all, posting the salary in the first place saves both the candidate and the employer their most valuable commodity – time.

Do I want to work somewhere where my time is valued less than someone else’s? No, and I don’t reckon you do, either. Sadly, without this data being published, it’s difficult to determine the stance of your employer. The United States Bureau of Labor Statistics states that the gender wage gap in California has ranged between 10% and 17% over the last 20 years, whilst the US margin as a whole averages at 7.2% higher.

The pay gap doesn’t just account for gender – of course, racial discrimination plays a part too! That’s right, black workers make $0.72 for every $1 earned by white workers, according to the Earnings Disparities by Race and Ethnicity report from the US Department of Labor. Likewise, Latino workers earn $0.62 to every $1. McKinsey & Company’s Why Diversity Matters report states that diverse companies are 35% more likely to outperform their respective national industry medians. With salaries listed, people are much more likely to be paid a comparable salary to their colleagues, whilst the business as a whole will thrive, too.

Currently, 10 US states are required by law to disclose pay or pay ranges, affecting a quarter of the US population. There’s lots of arguments as to why the pay gap exists, but ultimately, the pay data report should provide greater transparency for candidates wanting to know more about their potential employer’s values.

Ultimately, posting salary ranges on job listing matters a great deal. It’s great for employers to demonstrate clarity and sustain ethical expectations, as well as for candidates who want to know they’re secure in their role and being valued.

We’ve got plenty more insights for you over at the Selligence Source, from our coverage of the Euro’s win and disproportionate pay, improving your organizational work culture without booze and what pensioners can offer companies in their return to work. Get on board with the 300+ global companies using Selligence to beat their competition today.