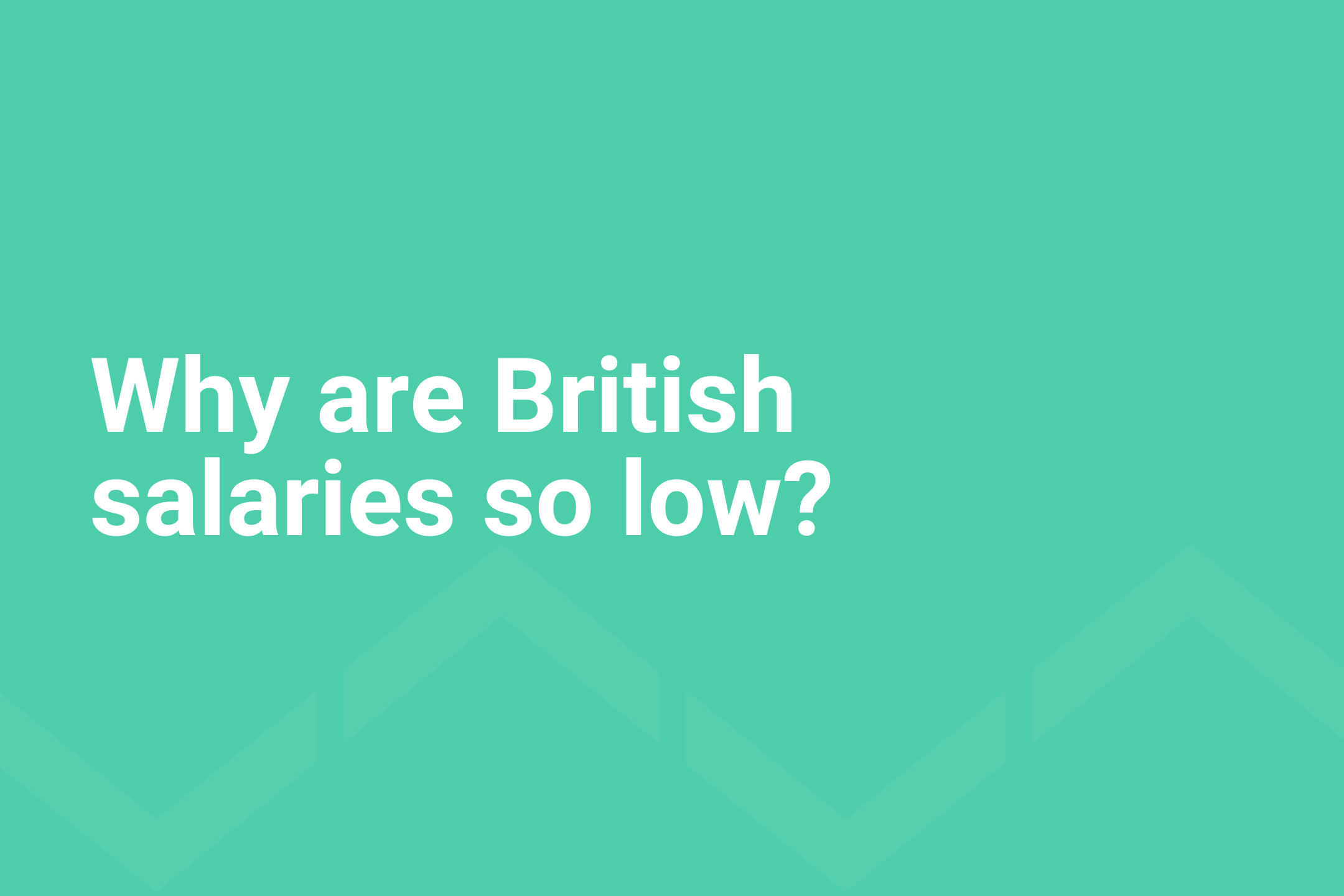 Why are British salaries so low?

As a recruiter, you’re no doubt constantly hearing candidates asking for bigger pay rises or citing salary as the reason they’re looking for new opportunities. In Britain, there’s a very real issue at large, playing into job dissatisfaction for the masses. Compared to the US, or even many European countries, salaries in the UK are very much at the bottom of the pile.

It’s no wonder your UK candidates are more unhappy than others. With lower wages but higher taxes, and a higher cost of living than the US, British workers are having a hard time of it. In fact, European workers in general are working for half of the salaries of their US counterparts. To understand this disparity, there are some key reasonings we must consider.

What it boils down to

A big contributing factor to the difference in pay in the UK and the US boils down to British subsidised social benefits, specifically the NHS, our free healthcare system. In the US, healthcare is a complicated and expensive system involving providers, payers and patients. Health insurance is also costly so any workplace that offers health insurance is seen as a real and valuable benefit. In the US, an employer is required by law to pay a contribution toward health insurance premiums, but with a range of different plans supplying different coverage, employees can still be expected to stump up a fair chunk of their healthcare bills.

Another pinch-point for UK employees verses our US counterparts are the social welfare environments we have. The UK, compared to the US, have more holiday pay and more sick pay too. UK employees are entitled to an allowance of up to 28 weeks of paid sick leave, via Statutory Sick Pay, however, in the US, employees aren’t entitled to any paid sick leave days, dependent on the state.  In Britain, almost all employees are entitled to 5.6 weeks of paid holiday, while in the US, there is no national requirement for paid holidays. Europeans tend to have more public holidays that the US too.

The cost of living varies within the European countries too. For example, the cost of living in the UK, and Denmark, is considerably higher than in Germany as we pay much higher taxes than Germans. But it’s not just taxes that we should consider either; social security contributions also vary. Where Danish citizens pay more in taxes than the Germans, they also pay less social security. While also varies state-to-state on their taxes, the difference isn’t as apparent as in Europe.

A recent ‘Stagnation nation’ report from the Resolution Foundation has highlighted a widening prosperity gap between the UK and five comparable nations; France, Germany, Australia, Canada, and the Netherlands. Due to a lack of effort to correct inequality and weak growth over the last 15 years, the average British household is now £8,800 worse off than counterparts in these comparable countries.

Director of the Centre for Economic Performance at the London School of Economics, Stephen Machin, commented:

“High levels of inequality, real wage stagnation and flatlining productivity have characterised the evolution of the UK economy for a long time.”

In the UK, wages have fallen at the fastest rate in over 20 years. With the rising cost of living and inflation, it’s no wonder that candidates are feeling the need to request higher salaries. Business development is becoming increasingly important for any recruiter. Securing the best opportunity for your candidate, with a salary to match, is not an easy task. An all-round recruitment technology solution is key to keeping your clients and candidates happy in a demanding economic landscape.