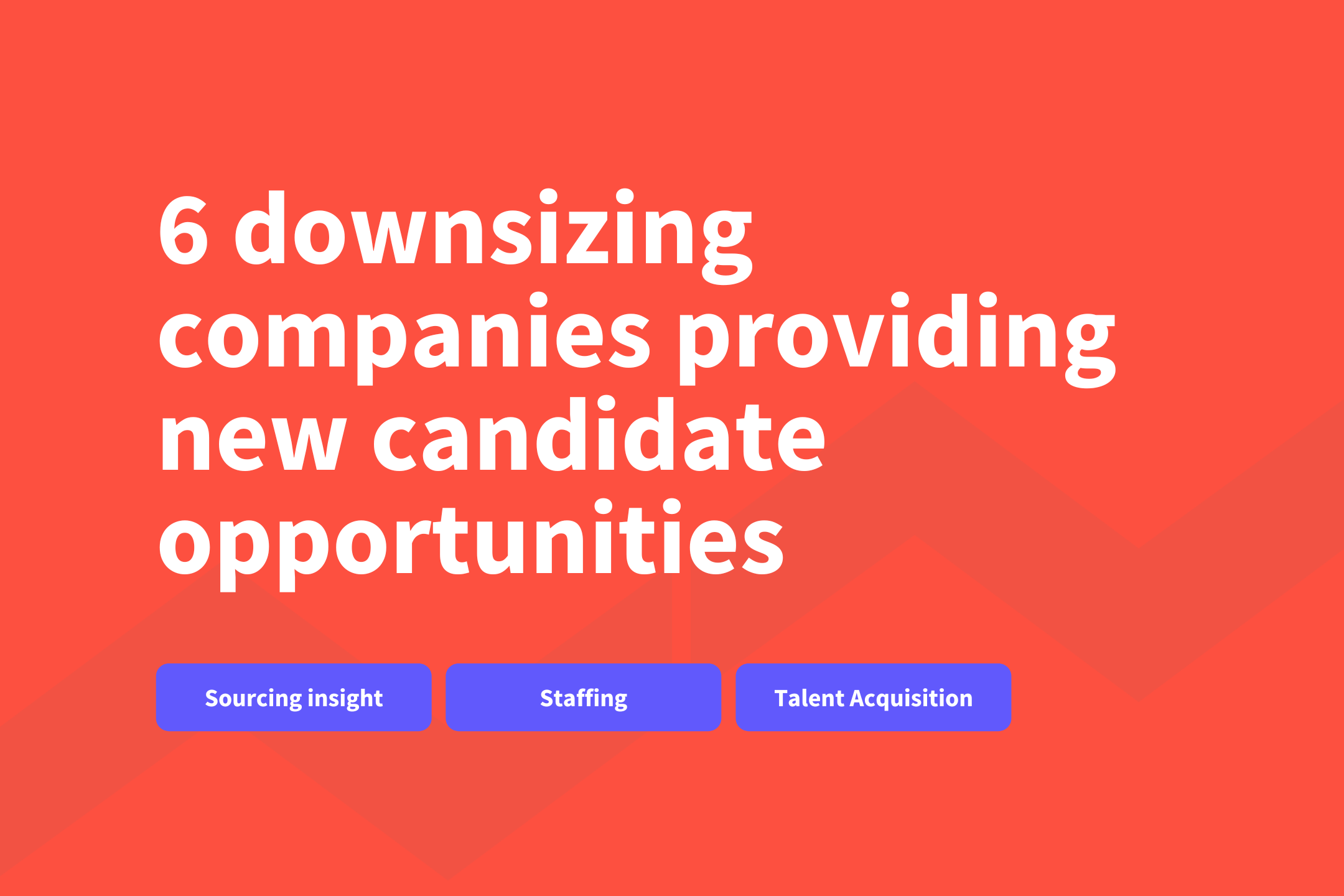 At Talent Ticker, powered by Selligence, we know where you’ll find your next candidates. This week, we take a look at six companies currently downsizing, where candidates are expected to be available for new opportunities imminently.

New York IT services and consulting team Latch are in the midst of laying off 28% of their full time employees, with 130 jobs reported to be cut in their marketing and sales departments. This announcement follows the 2021 merger with real estate firm Tishman Speyer, a deal valued at $1.56 billion.

‍Is a San Diego software development firm, with a productivity platform marketed as “one app to replace them all.” They’ve stated that the recent reduction in staff by 7% is a move to safeguard profitability, whilst they aim to hire 250 people later this year. Individuals affected are understood to be part of customer success and talent teams.

A London based revenue-based financing provider, has laid off 29 workers. This accounts for 26% of their total headcount, having notably reduced their product engineer personnel. Uncapped is currently advertising roles in business development, HR, and credit analysis.

The BBC have cut 1000 jobs, which they say is in the spirit of saving money to provide a 2% pay rise for remaining staff, following years of pressure since 2019. The national broadcaster is based in London and had a record breaking 2021, with 6.1 billion iPlayer streams, up 28% from the previous year.

PayPal are also making a number of changes, laying off 83 San Jose based employees. The online payment solution team have been making a number of leadership changes and has faced legal action from Fintiv, following patent infringement. They’ve also announced that their remaining San Francisco headquarters office will be closing, with employees encouraged to work remotely or travel to San Jose.

Carvana has laid off 2,500 members of staff, equating to 12% of the company’s work force. The e-commerce platform has also revealed that they will be closing their Euclid, Ohio inspection centre, meaning a further loss of 210 jobs, with Carvana having been one of the top employers in Euclid. Back in February, we gave their financial results a slim 5% chance of large scale hiring. Since then, Forbes has reported that employees were fired via Zoom call, whilst the company has acquired the US auction house Adesa and their 56 locations in a $2.2 billion deal. Impacted members of staff in these layoffs are based in operational support.

Talent Ticker’s AI analyses the world’s news and data to predict which companies are likely to hire or fire in the near future. To learn more about some of our highlighted up-and-coming companies, click here or have a look at our latest posts.