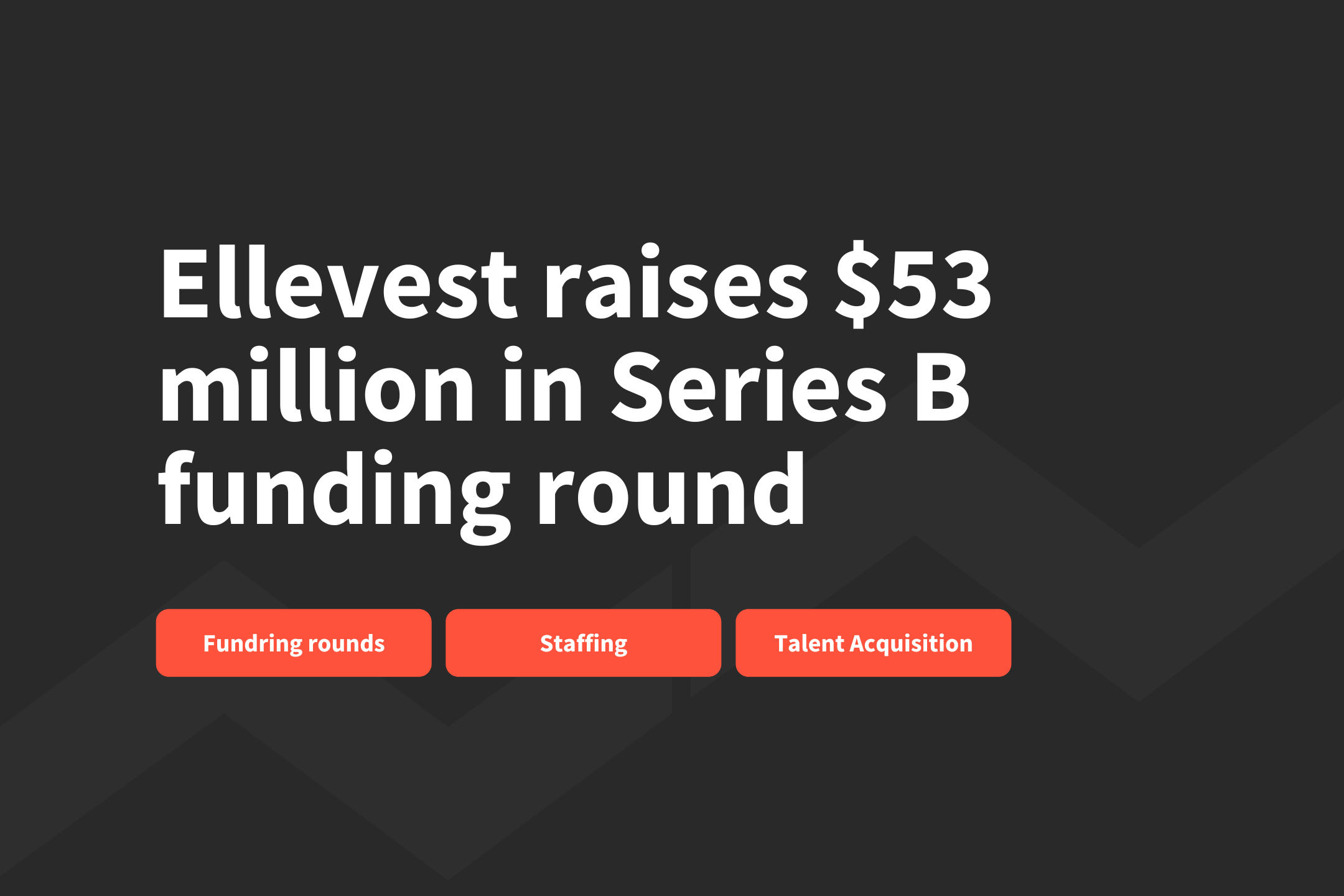 Ellevest raises $53 million in Series B funding round

Ellevest, a New York-based financial company “built by women, for women”, are now also funded by women. The company have raised $53 million in their Series B funding round, which was co-led by BMO and Contour Venture Partners, alongside an impressive list of influential female investors. In fact,90% of Ellevest’s Series B investors are women and/or underrepresented investors, contributing 68% of the total funds raised in this round. There was a long list of returning institutional investors, including Melinda French Gates’ Pivotal Ventures, Morningstar, Salesforce Ventures, PayPal Ventures, and Allianz Life Insurance Company of North America, amongst others, as well as a number of individual investors too.

Ellevest will use the capital to develop their capabilities and enhance their services. They also intend to provide personalised coaching and will develop a “community to help women reach their money goals and get more money in the hands of women”. Talent Ticker predicts upcoming growth across the board, as they focus on growing their outreach and building out their offerings.

How should recruiters approach Ellevest?

Ellevest aren’t the fresh face on the block they once were, but their ideology and mission still are. The company are still firmly rooted in their understanding that female investors are heavily underserved and under-represented; their mission is to change the gender bias on financial education and power. With conversation around gender pay gaps and equality very much at the forefront of business debate, it’s no wonder Ellevest are attracting all the right attention. The firm’s freshly raised $53 million brings their total raised now to a cool $153.4 million.

With a few years behind them and some big names in finance at the helm, it’s not surprising to see Ellevest teaming up with some other big names. At the start of 2022 Envestnet announced a substantial investment and ownership (but not controlling) stake in privately-owned Ellevest, as they looked to boost their “financial wellness ecosystem”. In 2021 Policy genius also got in on a slice of the action, as they announced a partnership with Ellevest, boasting collaboration on financial protection.  With female empowerment and equality being the hot topic, we expect to see a lot more partnerships for Ellevest on the horizon.

CEO and Founder, Sallie Krawcheck, revealed last year that Ellevest had also hit a milestone: $1 billion in assets under management. She commented: “[…] it happened during a pandemic. And very importantly, that at a time when you would think women would be more pulled back, we actually had net positive inflows every single week of the year.”

Ellevest are currently advertising a range of live vacancies, based both in New York and remotely. Recruiters should approach now with a strategy to solve their imminent hiring needs while also placing themselves in a strong position to secure more roles in the future as Ellevest continue to scale and target future product and user growth.

Ellevest were born out of the realisation that there was a strong need for a women-focused investment platform. Krawcheck, who had served at Sanford Bernstein, Citigroup, and Merrill Lynch Wealth Management, wanted to combat the gender investing gap. Krawcheck could see that women weren’t being served by Wall Street as effectively as men, and that core differences between genders were leading to women being underserved in this sector.

Krawcheck argues that traditional investing algorithms are too short-sighted, negatively effecting women investors. Their failure to consider facts, such as women having a longer life expectancy than men, means that women are effectively being short-changed by the system. Ellevest’s algorithm does consider these factors, though, and is built around the differences in genders to ensure equality for female investors.

Ellevest’s female-centric notion is more than just a PR stunt, though. A staggering 75% of their workforce identify as female; impressively, their engineering team is also predominantly female too. Now with a headcount of well over 100, Ellevest are very much a growing company situated at the heart of the world’s biggest financial hub. Not only are they backing diversity hires, but they’re also genuinely interested in the well-being of their staff too. Ellevest offer a range of perks, including professional development stipends and the ability to “work from anywhere”. Talent Ticker thinks Ellevest are a good one for any financial services recruiter to keep an eye on!

Now that you’ve got a fantastic opportunity to pursue, let Talent Ticker help you take the next step. Using our database of 650 million real-time contact profiles, you get the latest numbers and emails for outreach ensuring higher connect rates and more productive conversations. Next, you can use our powerful automations and highly-personalized multi-touch campaigns to not only break the ice, but increase engagement. To help remove silos and create a connected workspace, you can sync your tech stack and email to our platform.

Don’t forget, with the Talent Ticker Chrome Extension, you can gather key insights, vacancies, and valuable contact data directly from company websites and LinkedIn profiles. Not only that, you can connect with prospects or candidates directly through the plugin and bypass your InMail and connection request limits.

Find out what else we can do

Interested in seeing how you can get lists like these delivered to your inbox, daily? Book a quick 15-minute call with our team to see how you can spend less time doing business development and get more time to build stronger relationships with candidates and customers.

We’ll even pass along some free leads for your time. Book your demo today.