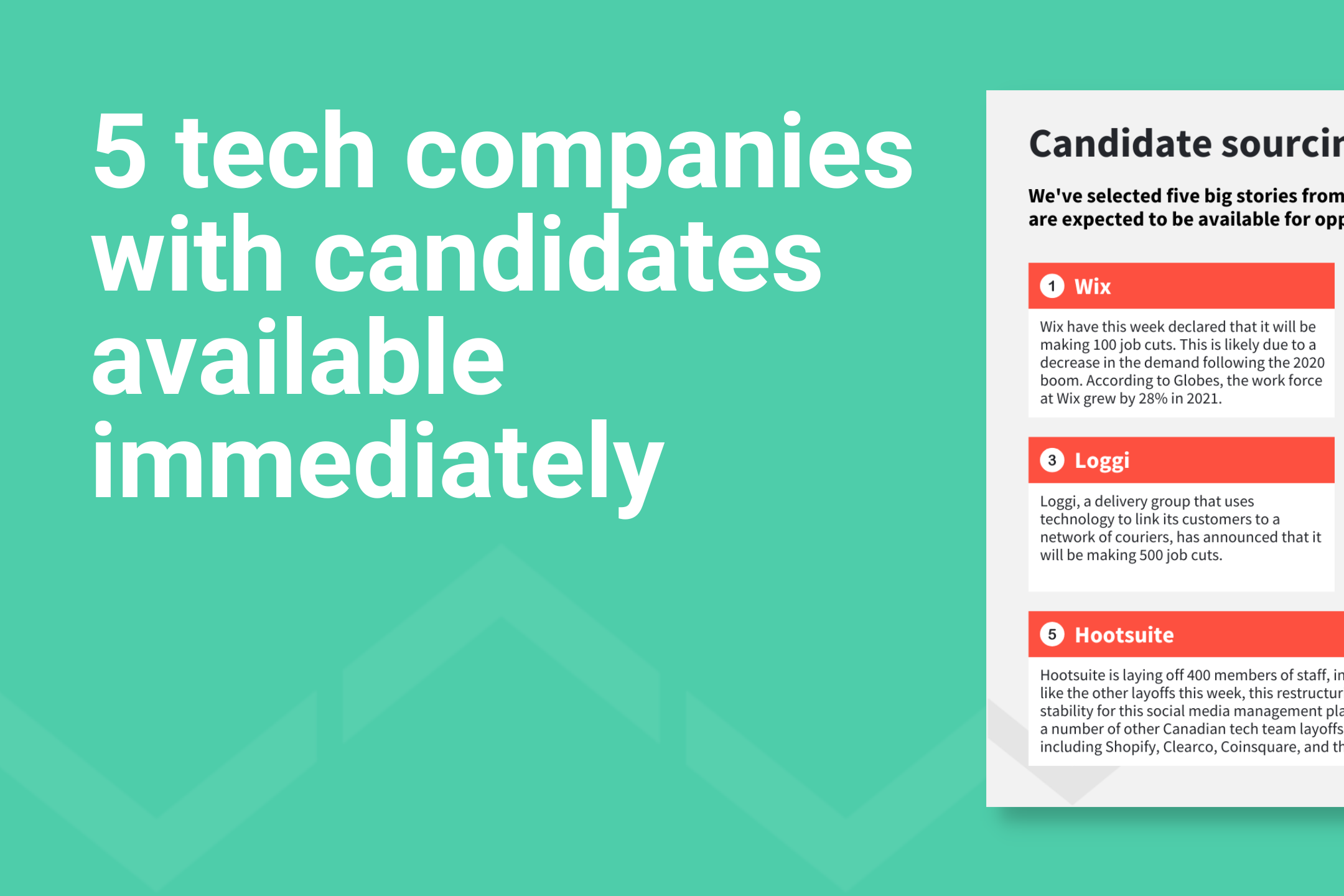 Since the start of 2022, 486 tech companies have cut their workforce by a combined 65,000 employees, according to Layoffs.fyi. Talent Ticker has selected five big stories from this week, where candidates are expected to be available for opportunities immediately.

Marketing platform Wix have this week declared that it will be making 100 job cuts. This is likely due to a decrease in the demand for digital services following the2020 boom. According to Globes, the work force at Wix grew by 28% in 2021. We reported its profits lessening in its financial results announcement this year, giving it a slim 5% chance of large scale hiring. Sure enough, CFO Lior Shemesh has stated that “volatility and uncertainty remain at high levels and this creates a difficult environment for revenue growth. We are focused on strict cost management that will lead to operational efficiency”.

Groupon is cutting roughly 500 employees in a widespread round of layoffs. This accounts for 15% of their workforce. Talent Ticker reported a minimal chance of hiring the day before job cuts were announced, following reports Groupon’s Q2 registered a loss of $91 million. All departments are said to be affected as the company aims to reduce costs by $150 million, although technology-based roles and those based in the firm’s Chicago headquarters will be hit the hardest. CEO Kedar Deshpande said in a statement that roles will be affected globally, whilst the team will be releasing a Groupon Talent List on LinkedIn to promote employees for future opportunities.

Loggi, a delivery group that uses technology to link its customers to a network of couriers, has announced that it will be making 500 job cuts. After securing a $205 million strong funding round last year, these cuts affect all company levels, including Board and leadership positions. This logistics team has over 3000 employees and founder Fabién Mendez will be stepping down as CEO, instead moving to a seat on the company’s Board of Directors.

Amazon has acquired iRobot in a $1.7b deal and declared 140 layoffs as part of its restructuring efforts. iRobot had released poor financial results earlier this month, with shares falling by 40%. As a company that designs and manufactures behaviour-based AI robots, the move to acquire and restructure can be seen as part of Amazon’s ongoing effort to automate its operations. Based out of Massachusetts, we predict further executive changes whilst the acquisition takes place.

Hootsuite is laying off 400 members of staff, in a change that cuts 30% of its company. Much like the other layoffs this week, this restructuring comes in an effort to improve financial stability for this social media management platform. Based in Vancouver, Hootsuite follows a number of other Canadian tech team layoffs also announced within the past month, including Shopify, Clearco, Coinsquare, and this week’s cuts at Dooly.

Talent Ticker identifies and filters qualified candidates, verifies email addresses and assists in managing your candidate pipelines. We can help you streamline and simply your recruiting process, offering you hours of your time back. Fancy being up to three months ahead of your competition? Reach out for some no-strings-attached leads and a demo of our platform.

We’re hiring, too! If you’re interested in being part of the Selligence team, check out our current vacancies.